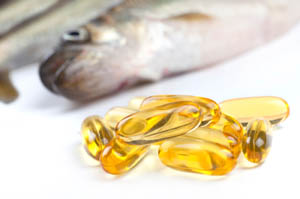 Among the many products on the market that advertise miraculous cures for almost any condition under the sun, there is no shortage that claim to be of benefit to those with ADHD.

It is true that different individuals respond differently to the same treatment, but there is a particular supplement that has remained uncontested as the best ADHD aid the world over. The product in question is the humble fish oil.

Chock full of omega 3 fatty acids, fish oil is extremely valuable as a preventative aid for a wide number of diseases. It is often combined with medications as part of a comprehensive protocol to fight against serious illnesses as well as chronic conditions.

No other supplement is so recognized as a major ally in the fight against brain deterioration and aging. There have been such a vast number of studies that its benefits are quite indisputable and are accepted by medical professionals everywhere.

A most revealing study was done at the University of South Australia. Researchers there tested a combination of omega-3 fish oil and evening primrose oil which is rich in omega-6 oil. In the study, 132 children with ADHD, ranging in age from seven to 12 were given this combination of oils. After the 30-week study ended, half of the parents reported that their children’s symptoms were improved and changes in behavior were noticeable.

The results correlated to the amount of time the children were given the fish oil supplements. A 40% to 50% improvement in behavior for the two 30-week fish-oil groups was estimated. A 30% to 40% improvement for the 15-week group was also noticed. Compared with results of studies of Ritalin and Concerta, the drugs most often prescribed for ADHD, they found that fish oils were, in fact, more effective.

It has been reported that levels of omega-3s in the plasma and red blood cells of children with ADHD are significantly lower than in kids who don’t exhibit symptoms of the disorder. Since many parents make it a priority to find an alternative to stimulant drugs, it is vitally important that this information be known to them.

While Ritalin can have excellent results in some cases, it has been over-prescribed for a long time now. We must not forget that with a few benefits come many risks of such serious long term side effects as loss of appetite, insomnia, changes in personality and heart damage. There is also some evidence that it can stunt growth when the drug is taken from a very early age.

Therefore, it is generally recommended by pediatricians that a quality multivitamin as well as a good pro-biotic be taken along with a quality fish oil supplement. Most importantly, always make sure that you are purchasing a high quality, mercury-free, fresh fish oil that will deliver the most benefit to your child’s brain. To purchase the fish oil brand I recommend click here.